The world's economies and stock markets have been rocked by the spread of COVID-19. Investors' fears prompted a major sell-off in February and March, plunging stocks well below their 2019 closing marks. Nevertheless, 2020 started off in a positive way. Following a strong 2019, stocks were slow to move forward as investors cashed in some of their 2019 gains. But by mid-January, each of the benchmark indexes were safely ahead of their 2019 closing marks. However, concerns over the COVID-19 outbreak in China quelled investor optimism. By the end of January, only the small caps of the Nasdaq remained ahead of their prior year's pace, as each of the remaining indexes listed here fell into the red.

February started off as January ended, with investors more inclined to sell rather than buy equities. However, word of China's plans to cut tariffs on some U.S. imports sent stocks higher during the second week of the month. The Nasdaq was more than 6% over its 2019 year-end value while both the S&P 500 and the Dow also pushed ahead. But by the third week of February, the impact of the virus was becoming evident with news of a widespread outbreak in South Korea. Selling accelerated the following week as outbreaks were reported in Iran and Italy. As more cases were reported in the United States, investors feared that containment of the virus was not likely and rushed to cash in stocks. By the end of February, each of the indexes lost significant value led by the Dow, which fell more than 10% for the month.

March 2020 will surely go down as one of the most turbulent months. COVID-19 continued to spread worldwide. In the United States, confirmed cases and, unfortunately, deaths spiraled. Fear became the motivating factor in our daily lives — fear of catching the virus, fear of the illness affecting our loved ones, fear of losing our jobs, fear of economic failure, and fear of losing our money. With respect to the stock market, this fear manifested itself in a major sell-off for most of the month. After falling sharply during the last week of February, stocks rebounded marginally to open the month. But that push was short-lived as stocks plummeted dramatically mid-March, despite the announcement of new actions and legislation by the Federal Reserve, Congress, and the President. On March 20, each of the benchmark indexes listed here posted double-digit losses. Year to date, the major indexes were more than 20% behind their 2019 closing values. The passage of the CARES Act at the end of the month helped ease investors' concerns enough to move back to stocks. The end of the month saw each of the benchmark indexes post major gains, with the Dow marking its best single day since 1938. However, the spike in index values was not nearly enough to offset the major losses sustained throughout the month. March saw the Dow fall almost 14%, the S&P 500 drop over 12%, the Nasdaq lose 10%, the Global Dow give back close to 15%, and the small caps of the Russell 2000 plunge nearly 22%.

The first quarter of 2020 closed with each of the benchmark indexes securely in the red compared to their 2019 year-end values. The Russell 2000 again suffered the largest three-month fall, closing the quarter down nearly 31%. The Dow suffered its worst quarter since 1987, while the broader-based S&P 500 hasn't seen a quarterly decline this bad since 2008. The Nasdaq fell more than 14%, marking its worst quarter since 2018. The Global Dow fell over 24% for the quarter.

Chart reflects price changes, not total return. Because it does not include dividends or splits, it should not be used to benchmark performance of specific investments.

Eye on the Month Ahead

Individuals' health is of primary importance as the world continues to battle the effects of COVID-19. Of secondary, but great importance, is the impact of this pandemic on the world's economies and markets. April will, hopefully, begin to point toward recovery of both personal and economic health. The impact of the CARES Act should begin to be felt by individuals and businesses next month.

Data sources: Economic: Based on data from U.S. Bureau of Labor Statistics (unemployment, inflation); U.S. Department of Commerce (GDP, corporate profits, retail sales, housing); S&P/Case-Shiller 20-City Composite Index (home prices); Institute for Supply Management (manufacturing/services). Performance: Based on data reported in WSJ Market Data Center (indexes); U.S. Treasury (Treasury yields); U.S. Energy Information Administration/Bloomberg.com Market Data (oil spot price, WTI Cushing, OK); www.goldprice.org (spot gold/silver); Oanda/FX Street (currency exchange rates). News items are based on reports from multiple commonly available international news sources (i.e. wire services) and are independently verified when necessary with secondary sources such as government agencies, corporate press releases, or trade organizations. All information is based on sources deemed reliable, but no warranty or guarantee is made as to its accuracy or completeness. Neither the information nor any opinion expressed herein constitutes a solicitation for the purchase or sale of any securities, and should not be relied on as financial advice. Past performance is no guarantee of future results. All investing involves risk, including the potential loss of principal, and there can be no guarantee that any investing strategy will be successful.

Broadridge Investor Communication Solutions, Inc. does not provide investment, tax, or legal advice. The information presented here is not specific to any individual's personal circumstances.

To the extent that this material concerns tax matters, it is not intended or written to be used, and cannot be used, by a taxpayer for the purpose of avoiding penalties that may be imposed by law. Each taxpayer should seek independent advice from a tax professional based on his or her individual circumstances.

Have A Question About This Topic? 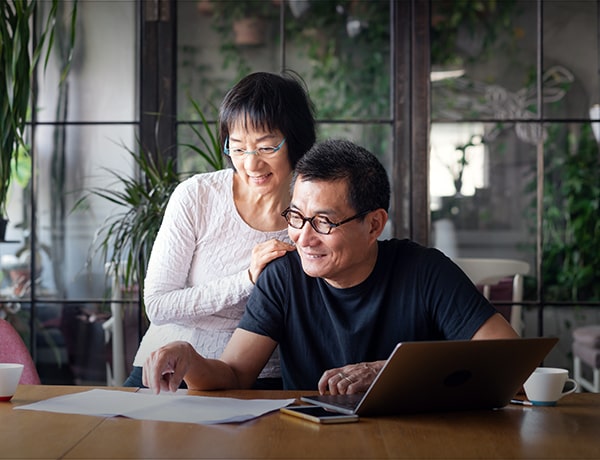 Learn how to build a socially conscious investment portfolio and invest in your beliefs.